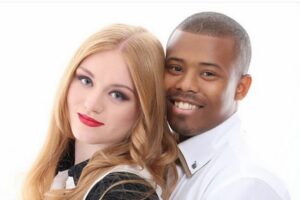 Thousands of pounds have been raised to help pay for the funeral of a young man from Kensington who tragically died from sickle-cell anemia.

Ryan Gregory, 29, passed away on September 10 after an “unpredictable” life-long battle with sickle cell anaemia – a chronically painful inherited blood disorder, for which there is no cure.

His friends took to GoFundMe to raise funds to give him the send-off he deserves and almost £4,000 was donated in just three days.

Ryan’s best friend of 12 years Berrin Topbas, 28, said: “Ryan was so loved by everybody who met him – he was full of joy and happiness, always laughing and cracking jokes.

“It was an amazing feeling to wake up to see how much money we had raised.”

The page has now raised £3,720 exceeding its target of £3,500 with any extra donations going to charity and to support Ryan’s wife.

“He was a very happy person, it was impossible to be upset around him,” Ms Topbas added.

“The past few years he was always in a lot of pain, I have never seen a grown man cry like that in my life.”

The 28-year-old said the funeral is taking place on Friday (September 20).

Growing up in foster homes Ryan had a difficult childhood as he lost touch with his parents and was separated from his siblings at a young age.

In addition, he suffered from sickle cell anemia which “prevented him from living the normal life he very much desired and deserved”.

Ms Topbas said: “I have lost my best friend but organising his funeral is like being a part of his final journey.”

The GoFundMe page reads: “He put on the bravest smile every day and even whilst in pain he would make jokes or find a way to laugh and lighten the mood.

“He was a selfless and positive individual who never complained.”

2,611 Replies to “Thousands of pounds have been raised to help pay for the funeral of a young man from Kensington who tragically died from sickle-cell anemia.”