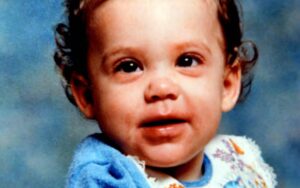 The father of a two-year-old girl who was abducted almost 40-years ago has said he still believes there is a chance his daughter is alive, as police continue to question a man in connection with her disappearance.

But speaking following the development, Katrice’s father, Richard Lee, 69, said he had never given up hope that his daughter might one day be found.

He said he believed there was a possibility his daughter had been abducted and brought up by another family.

Mr Lee, who was serving with the British Army in Germany when his daughter disappeared, said: “When I look back to 1981 I never gave up then and I haven’t given up now. I have never believed that Katrice is dead.

“I have had to be very tenacious and I really believe that if I had rolled over and given up then everyone else would as well.

“There are thousands of missing kids out there and we owe to all of them to keep believing, to never give up in our search for answers.

“I was contacted by the Military Police on Monday and they told me about this development and that they had made an arrest.

Katrice disappeared while out on a shopping trip with her mother in Paderborn, West Germany in 1981 on her second birthday.

“This was completely out of the blue, I wasn’t expecting it and I’m glad it has happened but I’m very cautious, I don’t want to get carried away into thinking this is finally going to resolve things for me, it’s been too long to think this is the end.”

An Army spokesman said: “We can confirm that an arrest was made on 23 September by the Royal Military Police in connection with the disappearance of Katrice Lee in 1981

“As this is an ongoing investigation we cannot comment further at this stage.”

A Wiltshire Police spokesman confirmed that the Royal Military Police were leading the investigation.

Katrice was last seen in a Navy, Army and Air Force Institutes (NAAFI) shopping complex in Schloss Neuhaus, Paderborn, West Germany, near to where her parents, Sharon and Richard were living at the time.

When her mother turned round after paying for goods at the counter, Katrice had gone and has not been seen since.

Speaking at his home in Hartlepool, County Durham, Mr Lee said: “I think she was abducted and that she has been brought up as someone else’s daughter. I feel that very strongly and have never given up hope that she’ll be found.

“Sometimes it’s like living with a torture, your mind turns over and over looking for explanations.

“I’ve suspected that it was someone on the base, maybe someone in my unit with a vendetta against me, you never stop turning over the possibilities.

“But it’s the very fact that I can’t let it rest, won’t accept she will never be found that has kept this investigation alive and led to this most recent development.”