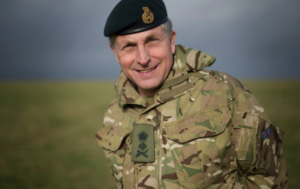 General Sir Nick Carter warned that the world is a less stable place than at any time in his 42-year career.

Speaking to an international audience at a Defence and Security event in London, the Chief of the Defence Staff said the British military needed to develop more non-lethal options to give politicians greater options in future conflicts.

The pace of change is “more profound than anything humanity has experienced outside of the two world wars,” he said

He cautioned that challenges to the international rules-based order at the pace of recent years inevitably “breeds instability”.

“We are living through a period of phenomenal change,” he said.

Activities short of actual combat such as cyber attacks – increasingly referred to as the grey zone – mean that highly technical military technology is often rendered redundant.

The military needed to have “smaller and faster capabilities to avoid detection…and emphasise the non-lethal disabling of enemy capabilities thereby increasing the range of political and strategic choice,” General Nick said.

“This is compounded by a rapidly evolving character of conflict brought on by the pervasiveness of information and the extraordinary advances in technology.”

“We are now being challenged on multiple fronts,” he said.

“Constant competition with rivals in the so-called grey zone is increasing the focus on military capabilities which are not designed to have a kinetic or lethal impact in the way that conventional capabilities tend to be.”